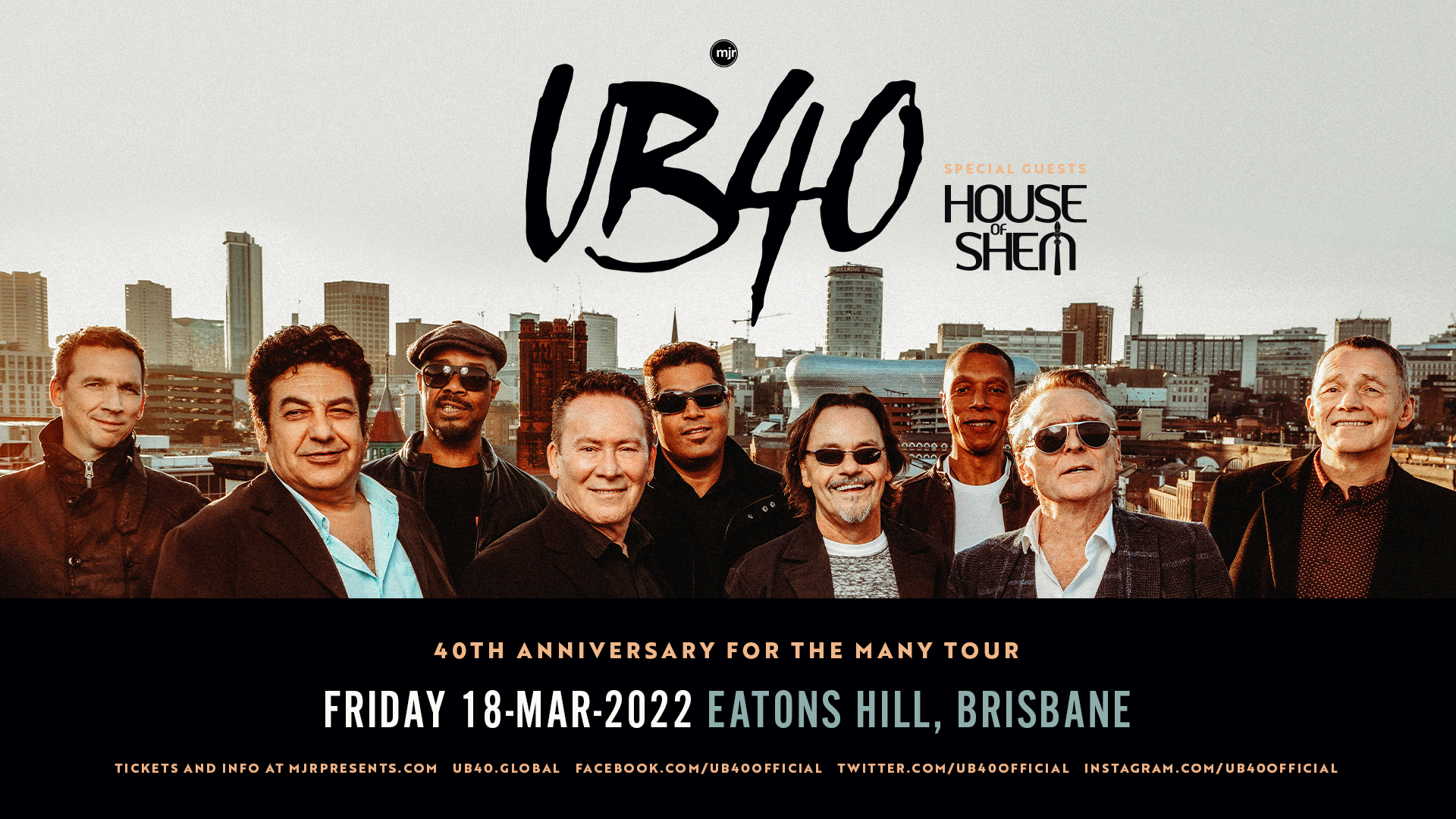 The UK’s most successful reggae band, UB40 have announced that, due to travel restrictions and for the safety of fans, band members and their crew, their eagerly anticipated return to Australia will be postponed until March 2022.

Despite the many unknowns in international touring, UB40 are staying optimistic, and have locked in fresh new dates for their return to Australian shores.

For those that have managed to score passes to the band’s Australian tour, tickets will still remain valid for all upcoming shows. Australian tour promoters MJR Presents have encouraged all ticket holders to hang on to their tickets, in order to continue supporting the live music industry.

The ‘40th Anniversary For The Many Tour’ will offer audiences a taste of classic hits like ‘Red Red Wine’, ‘I Got You Babe’ and ‘Can’t Help falling In Love With You’, as well as tracks from the latest release ‘For The Many’ which will be performed live in Australia for the first time.

The ‘40th Anniversary For The Many Tour’ will be held in the Grand Ballroom on Friday 18 March 2022. 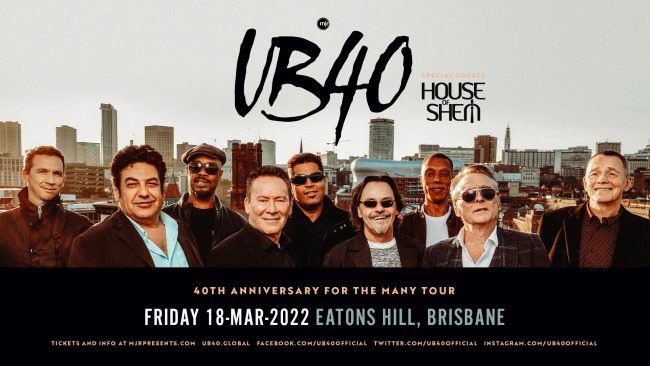