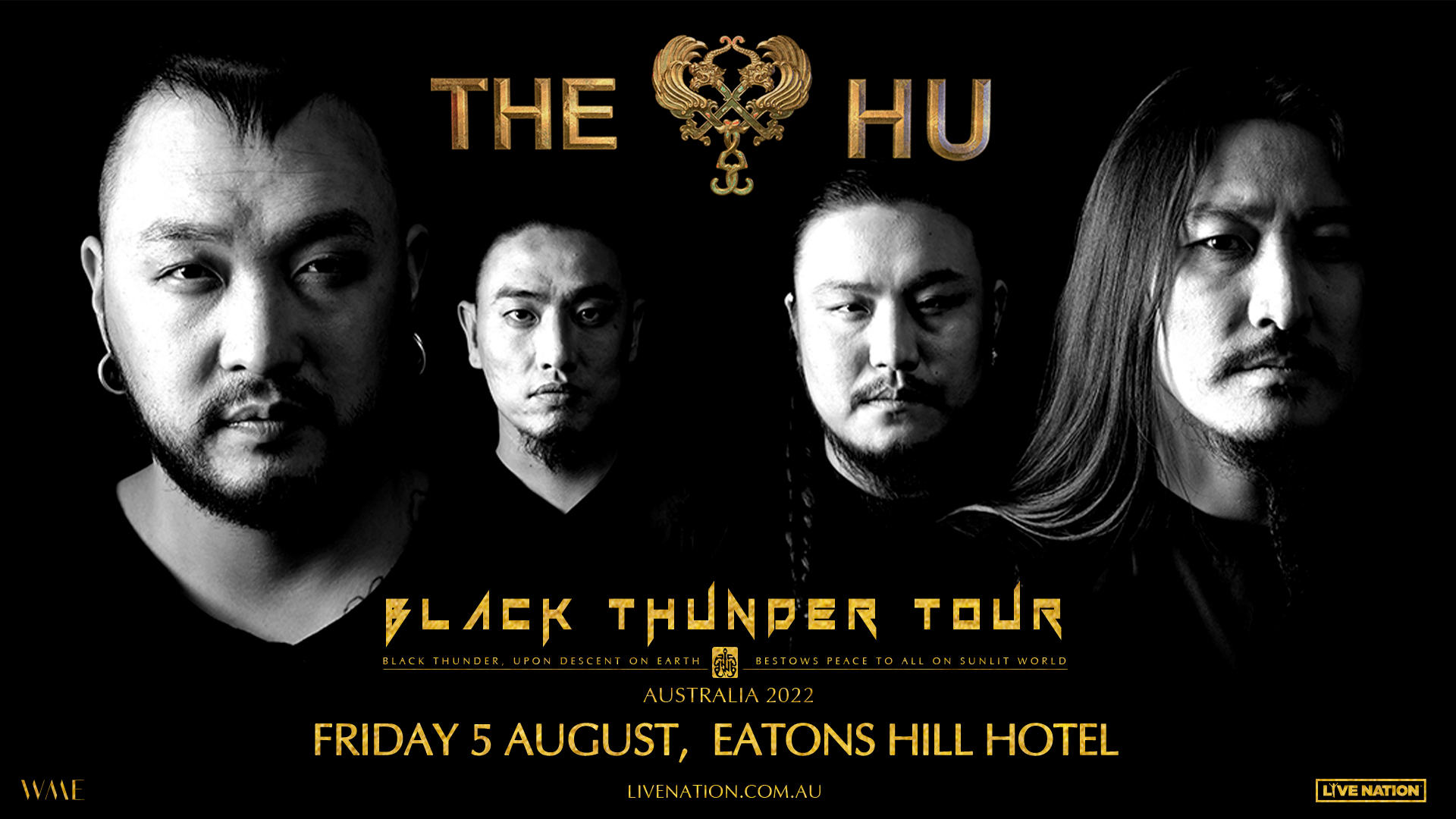 Critically celebrated Mongolian rock band THE HU have announced their return to Australia in August 2022. Beginning in Melbourne on August 3, before travelling to Brisbane, Adelaide and ending in Sydney on August 7, the Black Thunder Tour will give fans the chance to hear new music from The HU’s highly anticipated sophomore album, due later this year.

Proving their global appeal, The HU have sold out venues across the world in North America, Europe, Asia, and Australia, with scheduled festival appearances at Coachella, Lollapalooza, Download Festival, and more, creating a community of fans from all walks of life. They quickly grabbed the attention of the industry, leading to collaborations with Jacoby Shaddix of Papa Roach and Lzzy Hale of Halestorm.

Their debut album, 2019 ‘s The Gereg, debuted at #1 on the World Album and Top New Artist Charts. With it, the band have accumulated over 250 million combined streams and video views to date and have received critical acclaim from the likes of Billboard, NPR, GQ, The Guardian, The Independent, Revolver, and even Sir Elton John himself.

Readying their next chapter as a global force, The HU are putting the finishing touches on their highly anticipated sophomore album, which is due for a global release later this year from Better Noise Music. The project will include a selection of tracks that were premiered live on the band’s critically acclaimed North American tour at the end of 2021.

For complete tour and ticket and information, visit: livenation.com.au & thehuofficial.com 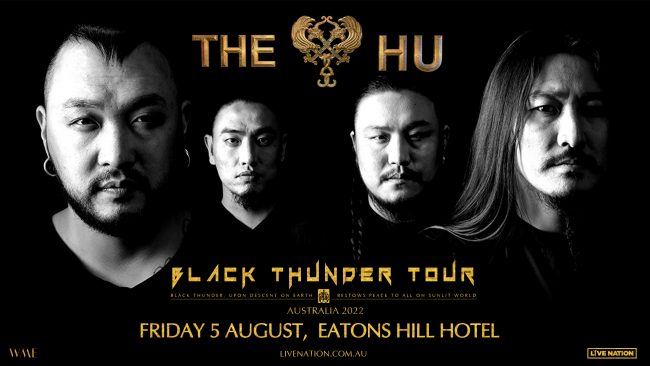