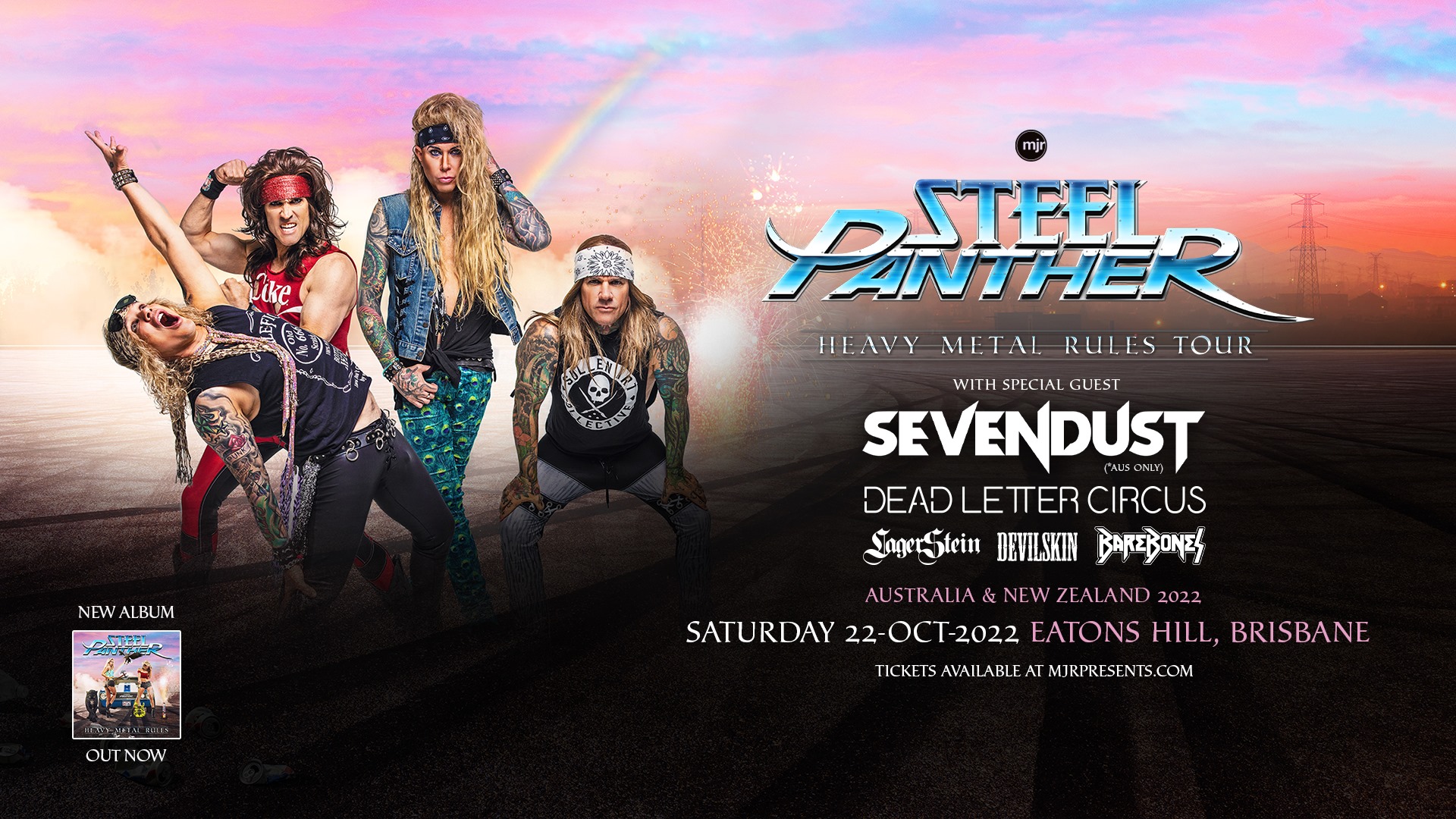 Due to ongoing restrictions placed on international travel, Steel Panther’s Heavy Metal Rules Australian and New Zealand tour dates (with special guests Sevendust on the Australian dates) have been re-scheduled until October 2022!

The wildest, hardest, heaviest most rocking heavy metal tour to hit Australia and New Zealand shores ever in the history of anything ever is coming….just a little later than originally planned.

Tickets already purchased for the Heavy Metal Rules Tour are still valid for the Re-Scheduled Dates in 2022 and new Tickets are on sale now.

Steel Panther lives by the saying that “More is always better”! Two is better than one, three is better than two – and in the bedroom and on the stage, the more the merrier, they say!

That’s why their Australian Heavy Metal Rules tour in October 2022, Brisbane’s show at Eatons Hill – the line-up has been expanded, extended, made bigger and girthier. It’s an all-in party in the name of Heavy Metal – and now you can do it outdoors too!

The show will spill out from the grand ballroom of the Eatons Hill hotel to include food trucks and entertainment outside and the capacity expanded! The show kicks off in the afternoon, and running late into the night with the party capped off with the raucous party sounds of Sevendust & Steel Panther!

Current ticket holders do not need to do anything! Your tickets will be valid for the new dates! If you can no longer attend (and you will be missed!) please contact your ticketing point of purchase for a refund!  https://premier.ticketek.com.au/shows/show.aspx?sh=STEELPAN20