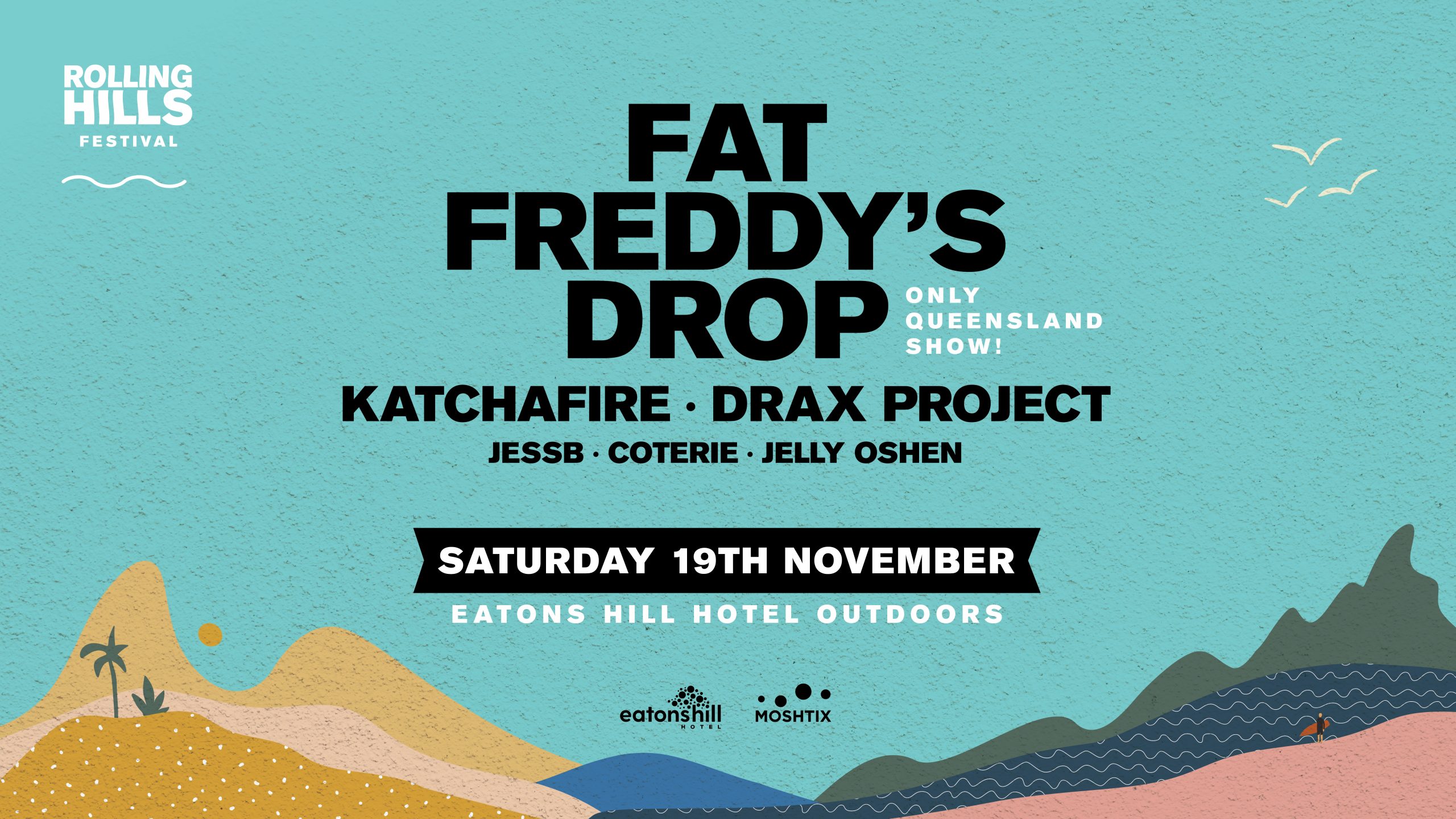 The first annual Rolling Hills festival is set to take place at Eatons Hill Hotel on Saturday 19th November 2022. Returning to the venue for their first Australian show since the pandemic is New Zealand band, Fat Freddy’s Drop. Showcasing both New Zealand and Australian talent, Rolling Hills is proud to bring live music back to the outdoor stage after what has been a challenging year for the entertainment industry. Joining Fat Freddy’s Drop is Katchafire, Drax Project, JessB, Coterie, and Jelly Oshen.

Tickets on-sale via eatonshillhotel.com.au or Moshtix. Get your tickets HERE. 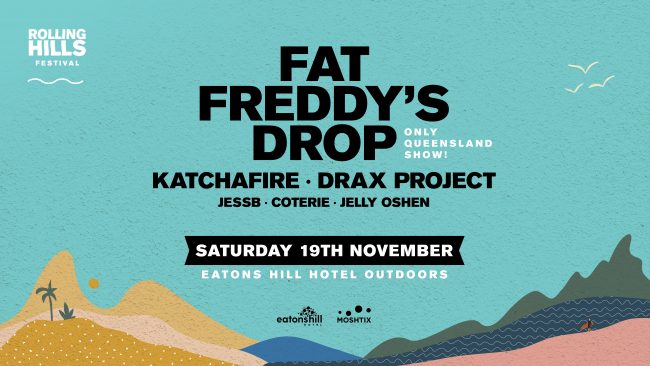 Since forming in the late 1990s, Fat Freddy’s Drop took their home town of Wellington by storm and quickly became one of New Zealand’s most popular bands. Together the seven-piece band have won numerous music industry awards including Best Group, Album of the Year and Highest Selling NZ Album for “Based on a True Story”. Say hello to summer with the soulful sounds of Fat Freddy’s Drop at the first annual Rolling Hills in November 2022.

New Zealand band, Drax Project will be joining the Rolling Hills line-up, performing a feel-good pop set for their fans on November 19th. The band – who now frequent the airwaves, reached prominence in 2017 with break-through single “Woke up Late”. The single was hugely successful and became certified triple platinum in both New Zealand and Australia.

All Maori roots reggae band Katchafire will be taking the stage at Rolling Hills, performing their iconic catalogue to the hordes of music-lovers. Ticket-holders can expect to be singing along to crowd favourites “Giddy Up” and “Get Away”.

Joining the line-up of some of ANZ’s finest is JessB, Coterie, and Jelly Oshen.

Eatons Hill Hotel is excited to bring New Zealand artists back onto the Australian stage after what has been a challenging couple of years for the music industry.