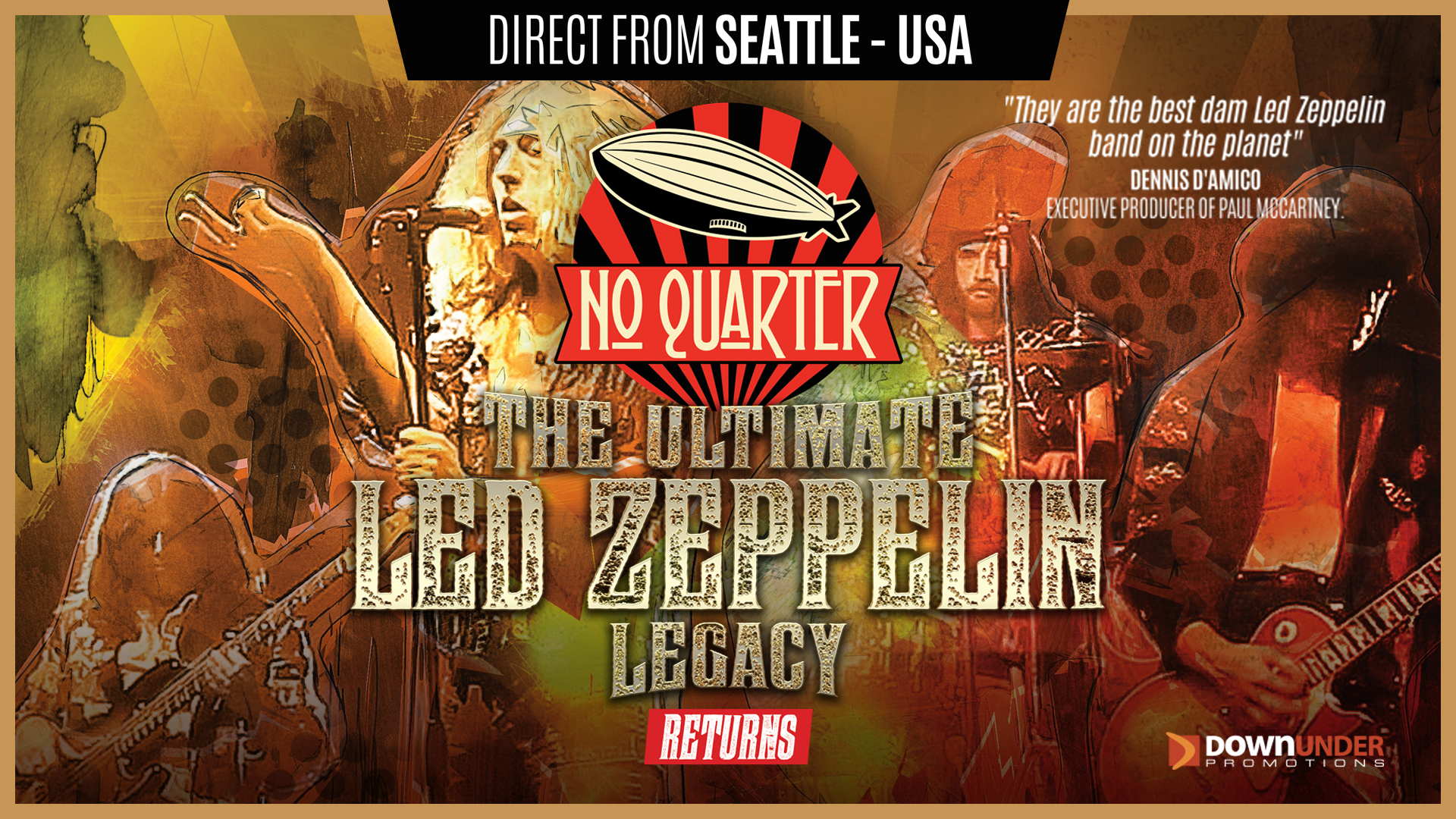 Led Zeppelin fans – be on notice. You are about to witness the legendary British supergroup in all its glory and excesses! Widely hailed as “the best Led Zeppelin band on the planet,” (Dennis D’Amico, Exec. Prod. Paul McCartney), NO QUARTER, Hammer of the Gods Tour is pounding its way to a venue near you soon, all the way from Seattle US.

Rolling Stone magazine credited the band for keeping the Zeppelin spirit alive in a 2012 Collector’s Edition of Led Zeppelin. This is an authentic reproduction of Led Zeppelin’s ground breaking stage show, so faithfully recreated that original band member, John Paul Jones said that “I never have to worry about touring with my band again.” 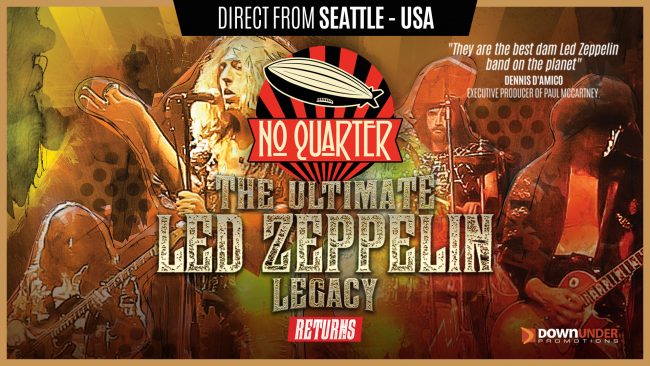